Use an image hosted on Harbor – vSphere image registry

Use an image hosted on Harbor – vSphere image registry

Last post I added an image to the vSphere image registry, which is great – but how can I actually use that image?

The image I uploaded was for busybox, which provides access to a range of simple UNIX tools.  What I’m going to demonstrate is how to run the image from the image repository, demonstrate some basic commands in the busybox pod and how I can reconnect to it.

the above command will start a busybox pod from the image host on the vSphere image registry and keep it in the foreground.  If we wanted to deploy this as an ephemeral object we could add the switch ‘–restart=Never’ which not restart the pod when we disconnect. 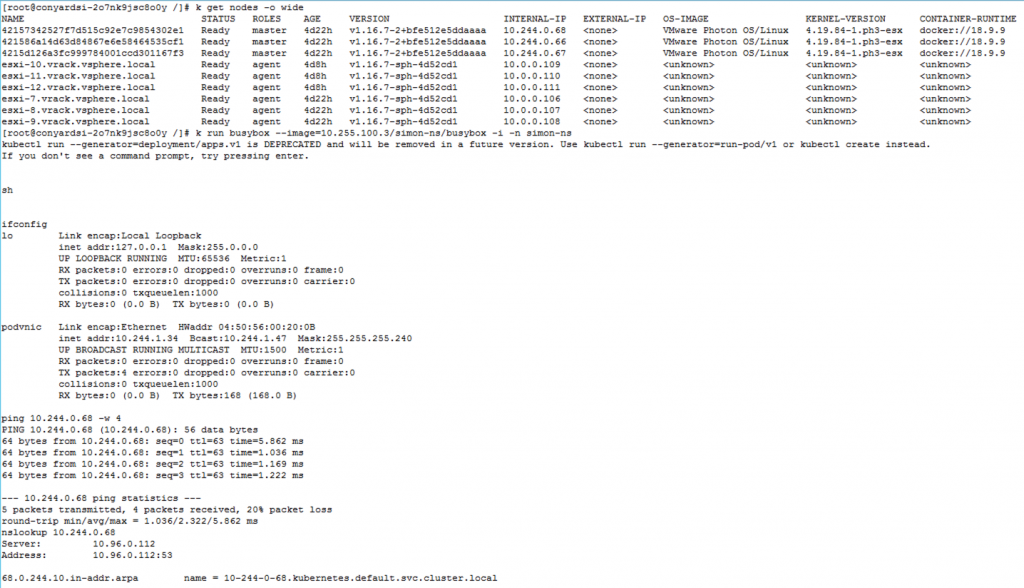 Because I didn’t create this deployment with the ‘–restart=Never’ flag the pod is still available for connection. 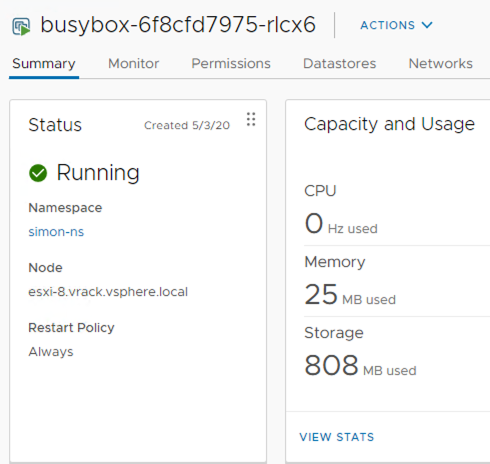 As the pod is still running if I want to connect back into the busybox shell, using the name of the deployed pod the command is simply; 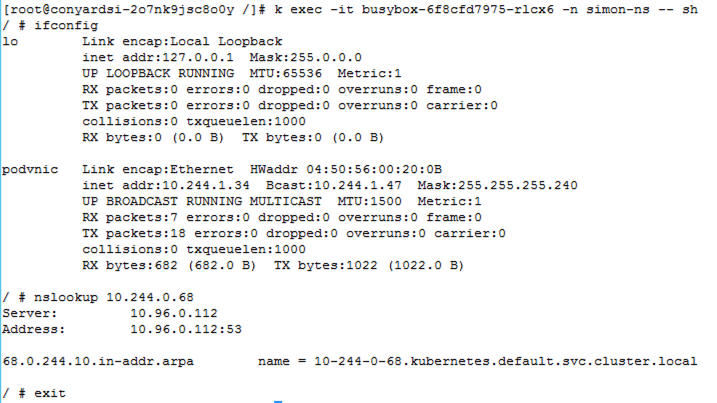 There you have it a little UNIX command box on the inside of the cluster to help troubleshooting.

Limitations of the vSphere Image Registry

Three limitations that I won’t explore in detail in this post are that the vSphere image registry does not appear to have integrations with either notary for signing images or clair for vulnerability scanning.  It is also not possible to upload Helm charts to the vSphere image registry.  I’ve got to assume that these are features planned for integration into other VMware services (Carbon Black?) or integrations planned for future releases.

As far as I can work out so far uploaded images are only available to the namespace projects that they are uploaded to.  For example below I have created a new namespace called busybox-ns and used the same kubectl run command (plus –restart=Never) to deploy the busybox image and receive and error that the pod is not found.

Looking through the events, using grep to filter for the busybox-ns the error is clear(‘kubectl get events -n busybox-ns | grep busybox’);

So it appears that the vSphere image registry architecture with Harbor is architected to work on a one to one namespace to repository basis.  Which could be a limiting factor if you planned on using it to create an internal public repository for multiple development teams or departments to reference.  Of course there is absolutely nothing stopping customers from deploying the full CNCF deployment of Harbor into a vSphere namespace to create this functionality.

Thanks, hopefully this is useful.

Tags:cloudharborHome-labKubernetesvSpherevSphere Image Registry
previousPush an image to Harbor – vSphere embedded image registry
nextBitnami Kubapps deployment to Tanzu Kubernetes Cluster with Helm V3
We use cookies to ensure that we give you the best experience on our website. If you continue to use this site we will assume that you are happy with it.Ok